Surprise! while we were all (understandably) busy with the latest addition to Sony’s excellent over-ear headphones, the LinkBuds S managed to fly under the radar for the most part. This probably happened for a number of reasons, not the least of which is the company’s confusing naming scheme. It’s not clear where the new earbuds will fit at first glance.

The short answer is: right in the middle of Sony’s growing line of fully wireless buds. The standard LinkBuds are on the low end for (still not cheap) $180. On the high end is the great but pricey WF1000XM4, which sells for exactly $100 more. The division has so far been quite simple. The M4 is a truly premium set of earbuds at a truly premium price. The LinkBuds, meanwhile, have a giant hole in the center designed to enhance situational awareness.

The “S” apparently stands for “sound”. That doesn’t really clarify things. Sure, the LinkBuds S sound better than their namesakes with the giant hole in the middle, but ultimately less good (mainly due to the addition of smaller drivers) than the M4s. For clarity, the company offers the following tagline: “The world’s smallest and lightest, noise-cancelling Hi-Res Truly wireless headphones.” Really rolls off the tongue, right?

This is how I would describe them: a really great sounding pair of earbuds for everyday use. Given the company’s existing line, I’m not convinced the LinkBuds S should exist. But having worn them as a daily driver for the past few weeks, I’m glad they do. As someone who has tested many earbuds over the course of a year, the LinkBuds S are among the best sounding and most comfortable I’ve had in my ears. It’s an impressive combination.

At $200, they fall closer to the LinkBuds than M4s. They aren’t cheap in most cases, but at least they compare favorably with the AirPods Pro’s $250 MSRP. However, it is the comfort that really won me over. I had (and still have) a lot of nice things to say about the M4s. And while their footprint was a big improvement over their predecessor, I’ve always thought of them as more home earbuds. When it comes to listening to music in the comfort of your own home, they are hard to beat.

If you’re an active person looking for something “on the go,” they’re harder to recommend. For example, they wouldn’t be the first pair of buttons I would grab when I walked out the door. And they’re not in the top ten when it comes to my morning runs. They are just too clunky. They are large, rather heavy and stick out of the ear. The LinkBuds S, on the other hand, are a great hiking companion.

I recognize that comfort is both highly subjective and dependent on the idiosyncrasies of your own ear. For my money, however, the LinkBuds S are an ideal size, in combination with a soft silicone tip that fits comfortably in the ear for a long time. However, I would still hesitate to recommend them specifically for workouts. The latest Beats fit the bill much better with a built-in grand piano to hold them in place. The touch panels on the side can also be difficult to navigate in that environment, especially while sweating.

The sound quality is a step lower than the M4s for the reasons mentioned above. Still, they are really excellent sounding earplugs for music and podcasts. Honestly, the main reasons they’ve left my ears since picking up the pair were to (1) rest Sony’s new over-ear headphones and (2) sleep. 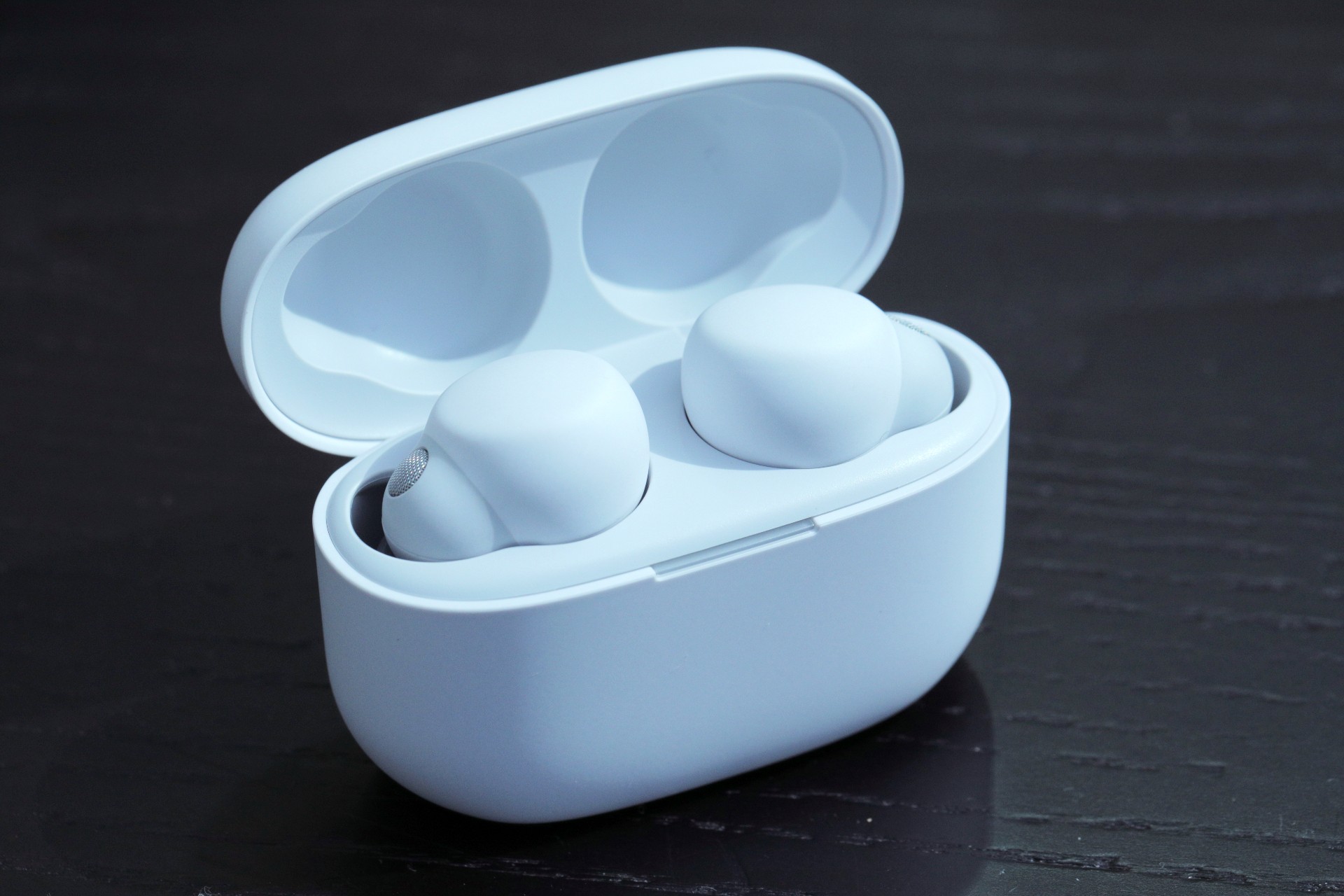 The “always-on” approach is believed to be the epicenter of Sony’s attempt to primarily target a Gen Z audience (“buds built for the next generation,” according to the press material). I’m not exactly sold on how these buttons might be better suited to the TikTok generation, but the company points to features like “Auto Play,” which starts playing music based on various activities. With the Sony Headphones app, you can automatically start music based on various functions, such as placing the LinkBuds, ending a call or taking a walk.

Currently, these features only work with a few music services: Spotify (of course) and Endel. I was not aware of the latter, but so far it has been an interesting experience. It’s less of a standard streaming service like Spotify and Apple Music, but more of an algorithmically generated mood enhancer. You can choose different scenarios such as ‘Relax’ or ‘Move’. I’ve also played with it for meditation and sleep. I’m listening to “Focus” as I try to wrap up this review late on a Friday afternoon. 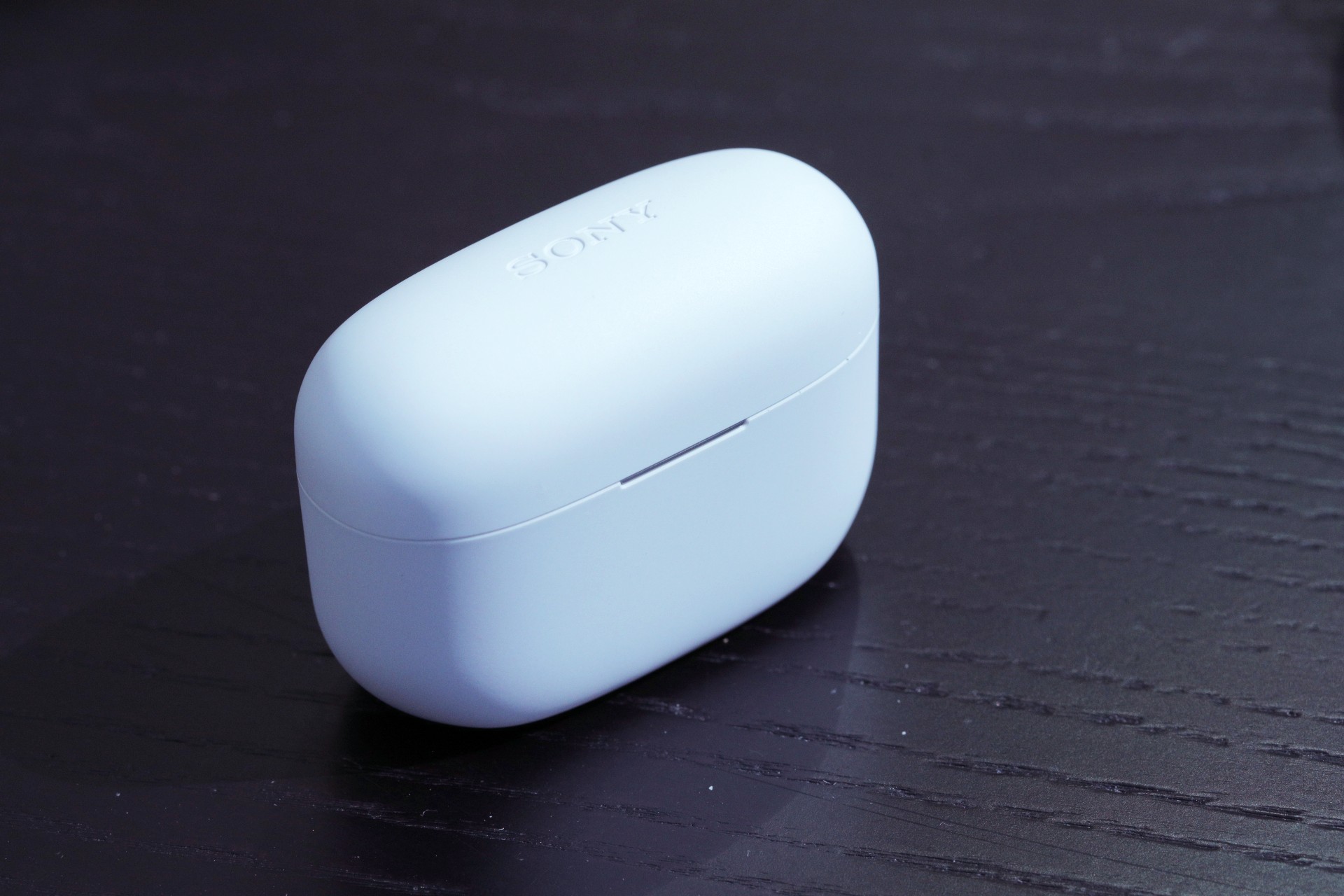 I prefer more manual control over my music listening than Auto Play offers. So who knows, maybe it’s a generation thing.

The LinkBuds’ noise cancellation is pretty good too, if, again, a step lower than the M4s. A quick tap on the right button toggles between that and Ambient mode. I’ve also been taking calls with the new buttons and voice clarity has gotten high marks from people on the other end. The small grille on the outside is a mesh windshield. It does a good job eliminating bad wind noise, although some will always get through. 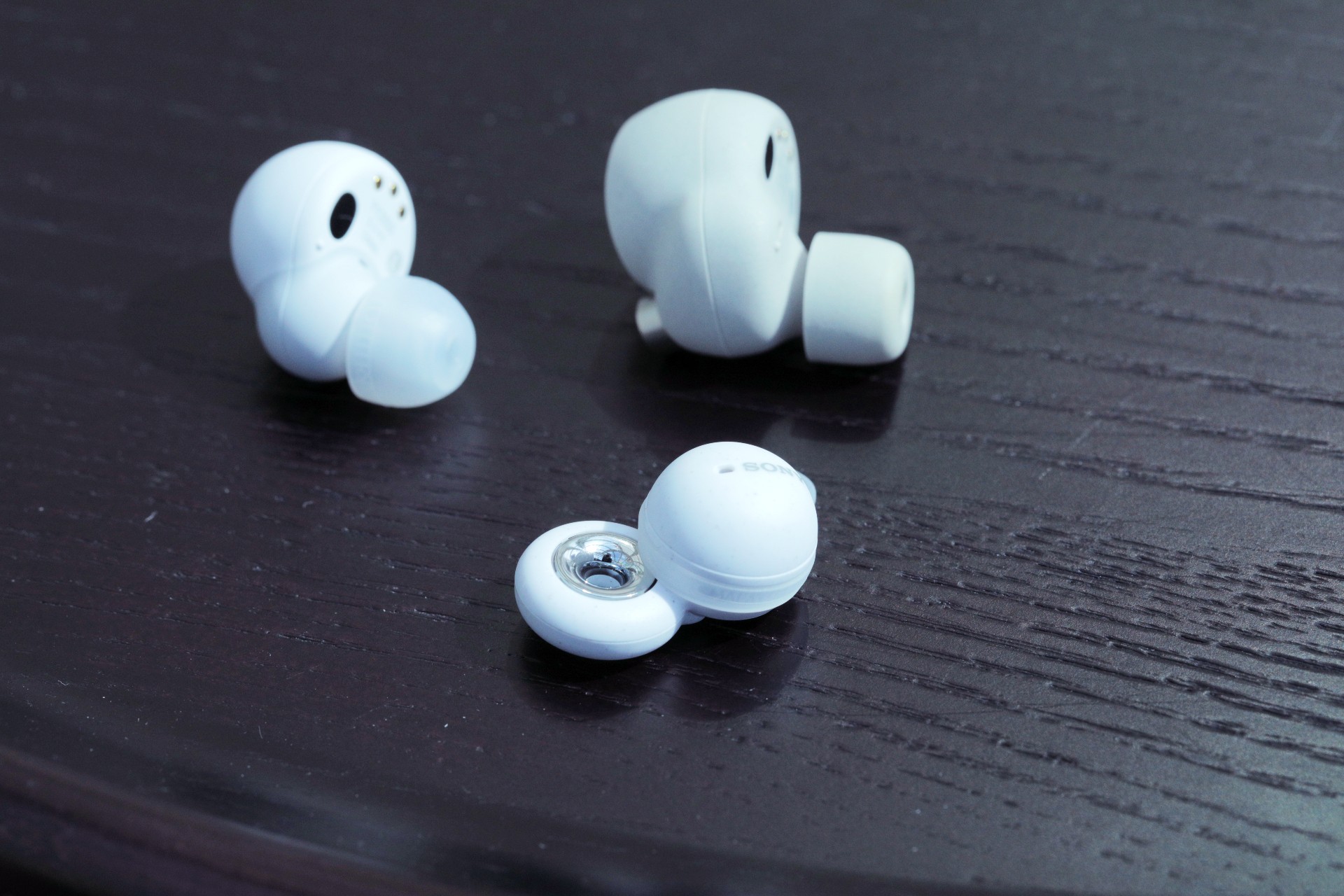 Battery life is six hours with ANC on, nine hours without. The case, meanwhile, will bump things up to 20. The charging case is a bit narrower than the M4s (which are rated at eight hours and 24 with the case), as you’d expect. However, it drops wireless charging out of the equations. It’s also a small thing, but I really like the textured feel Sony has given the buttons this time around.

The price of the M4s has always held them back from being a mainstream product, and the arrival of the LinkBuds S really drives that idea home. For most people, these smaller, more comfortable and cheaper tops will fit most cases.