The Palestinian terrorist who carried out a deadly shooting attack in Tel Aviv was shot dead Friday morning by security forces in the neighboring city of Jaffa, where he was hiding next to a mosque.

It was the fourth terror attack in two weeks, bringing the death toll to 13.

Two people were killed when 28-year-old Raad Hazem from Jenin refugee camp in the West Bank started a shooting in central Tel Aviv on Thursday evening. Hazem, who was illegally in Israel, had no criminal record and known links to terrorist organizations.

Thursday night is the busiest night of the week for recreational activities in Israel, as the five-day work week ends that day. Dizengoff Street, one of Tel Aviv’s main thoroughfares, is lined with bars and restaurants that fill up on Thursday evenings.

The gunman first opened fire outside Ilka, a bar with outdoor seating. The gunman then left the scene and continued firing down a side street, narrowly missing another man who had left the bar after the attack began.

Ten people were taken to Ichilov hospital with gunshot wounds. Tomer Morad and Eytam Magini, two friends aged 27 and 28, died in the attack. A further four were in critical condition and four more were described as in good to moderate condition.

One of the injured, who was hospitalized in “good to moderate condition” was Ra’anan Shimon, 32, who was drinking a beer at the bar when he was shot in the face. Doctors described his situation as “a miracle” as the bullet entered his right cheek and exited the left.

A Palestinian man shows a photo of his cousin Raad Hazem, 28, a Palestinian gunman who killed two people and injured several others the night before in Tel Aviv, April 8, 2022, in the West Bank city of Jenin. (JAAFAR ASHTIYEH/AFP via Getty)

Four other victims were taken to other hospitals.

A nine-hour manhunt followed with 1,000 police and security personnel deployed to the area. The manhunt ended when the terrorist was killed in a shootout by a mosque in Jaffa, a mixed Arab-Jewish city bordering Tel Aviv. Residents of both cities, which share a municipality, were told to stay indoors because the terrorist was on the loose.

Israeli Prime Minister Naftali Bennett on Friday condemned the attack and warned of “copycat attacks” in the coming days, while Foreign Minister Yair Lapid said: “Young Israelis who did not harm anyone were killed tonight just because they were Israelis.

“This terrorism is the poisoned fruit of continued incitement by terrorist organizations,” he added. “We will fight terrorism without compromise.”

Palestinian President Mahmoud Abbas also issued a rare condemnation of the attack, his second in a week. His statement, however, caused both Palestinian and Israeli victims to be named. This is consistent with his administration’s practice of mourning terrorists. 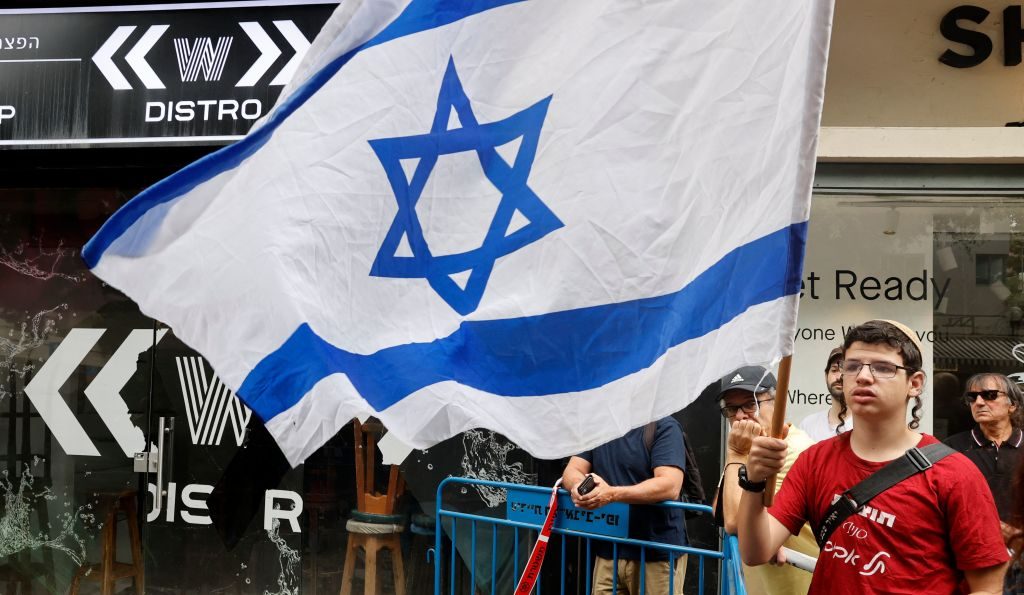 Israelis gather at the site of a shooting attack on Dizengoff Street in the center of Israel’s Mediterranean coastal city of Tel Aviv on April 8, 2022. (JACK GUEZ/AFP via Getty Images)

“Killing Palestinian and Israeli civilians will only worsen the situation as we all strive for stability, especially during the holy month of Ramadan and the upcoming Christian and Jewish holidays,” Abbas said.

In the same statement, Abbas warned of revenge attacks and other “provocative actions by extremist Israeli settlers”.

UK refuses to expel Taliban torturer over fear of torture

Rangers, Penguins play Game 7 for journey to second round